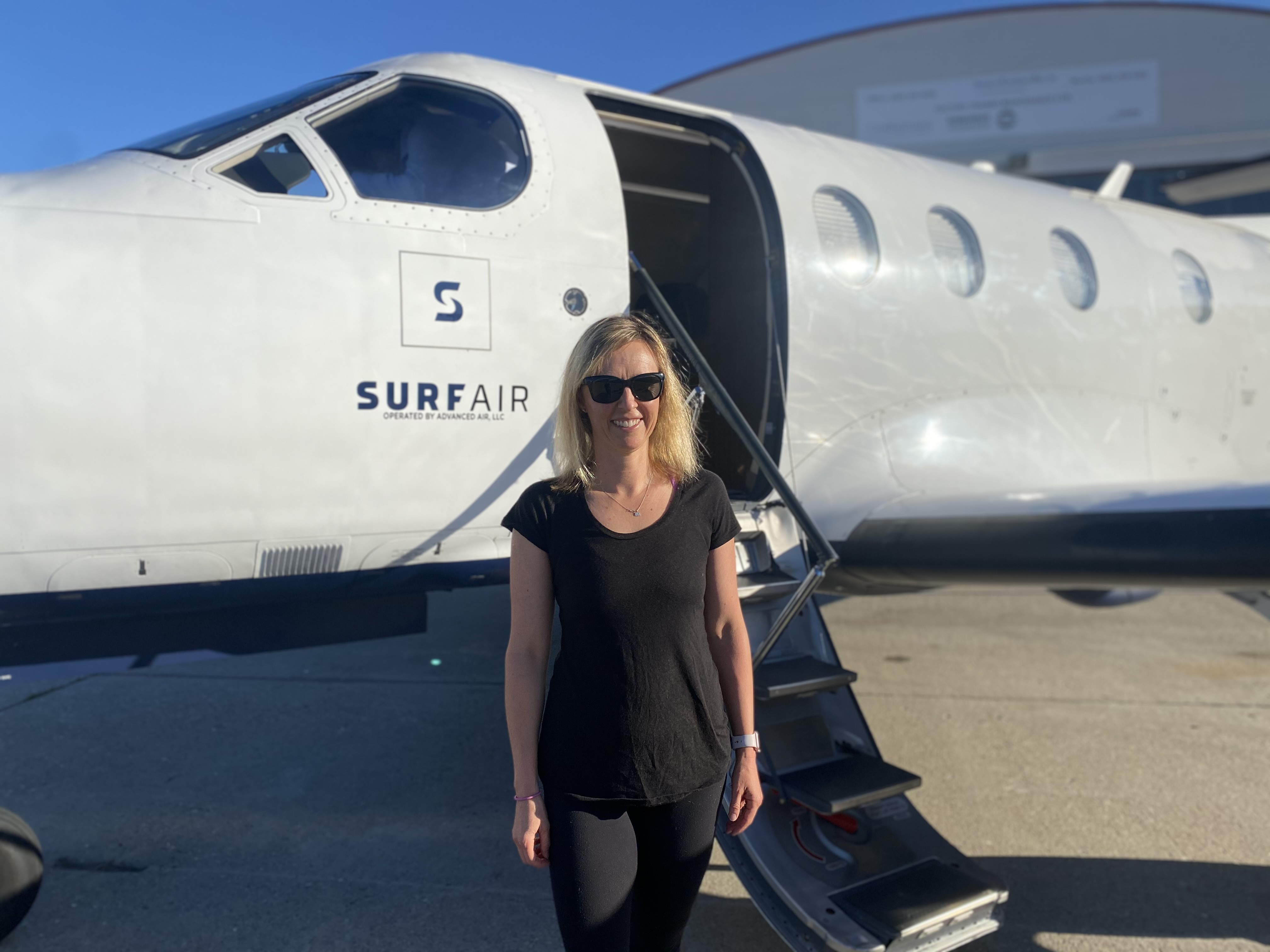 “I don’t think that it would be possible to do what we’re doing without this type of arrangement, and we’re very grateful,” Gina said. “Surf Air makes the experience tremendously easy and comfortable.”

It was pretty hard to nail down my work schedule at the beginning, so I ended up joining Surf Air and flying within a couple hours. My sales rep was tremendously helpful. It was kind of a scramble on my end, not sure if I was leaving or not in the morning, and she helped make it happen. I had to buy duplicates of everything, so I had baby stuff for both locations, and brought four bags plus my baby and an infant car seat. Ever since the first flight, the ground crew and pilots have been so friendly with him. They help carry him on and off the plane, even as he’s gotten heavier. We landed the evening before his birthday and they had a little gift waiting. They make us feel so welcome, and nobody ever made me feel like I shouldn’t be traveling with a baby, or that I’m inconveniencing anybody.

I’ve really wanted to try different destinations and use the membership to take a trip. But so far, it’s just been SBA (Santa Barbara) to SQL (San Carlos) back and forth. That Friday morning return flight is nice, it’s not that crowded.

I’m so proud of them for being so invested. It feels so good to utilize a service that’s really inline with your own beliefs and priorities. It adds an extra amount of comfort knowing this really is an important thing to the company.

Absolutely. Always board the baby first; the ground crew in San Carlos always carry the baby for me, load him on the airplane. I get on before anybody else, so I buckle him in first and get him some books and toys, situate both of us with our opposite facing seats, and open the windows to let the light in and show him things. Then I take my sparkling water and almonds out of the bin. It’s a fun age for sure. He’s interested in the fuel trucks on the tarmacs. He’s so aware at this age.

We have friends with property in Montana, outside of Livingston. I’d love it if they could make that trip, it’s beautiful. A little closer to home, I would love a Santa Barbara-to-Monterey flight. We were married in Carmel, and a little getaway with the family and the dogs would be a true dream.

My dogs for sure. They’re large labradors, who would need their own seats. Don’t know how popular I’d be boarding the plane each week with a baby and two dogs.